The starting point of this walk is the lay-by at Gilderdale Bridge.  On the walk, shortly after passing Tom Smith’s Stone you will come to Woldgill Tarn the boggy ground below which gives rise to Woldgill Burn which after four or so kilometers changes its name to Gilderdale Burn, the stream flowing under the bridge.

Gilderdale is also the name of this particular valley and this walk is effectively a circuit of the valley, starting with the ascent of Grey Nag, then Tom Smith’s Stone, Black Fell, Hartside Height, Benty Hill and finally Scarberry Hill.  The highest point on the round is 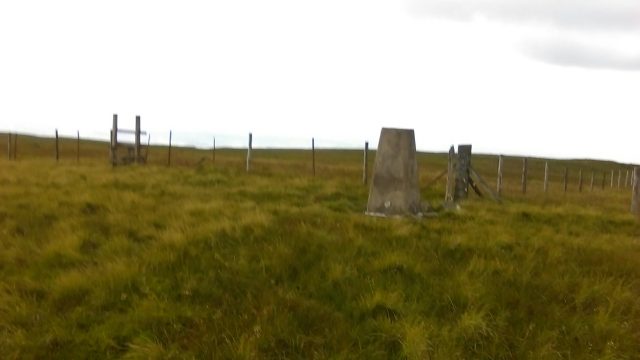 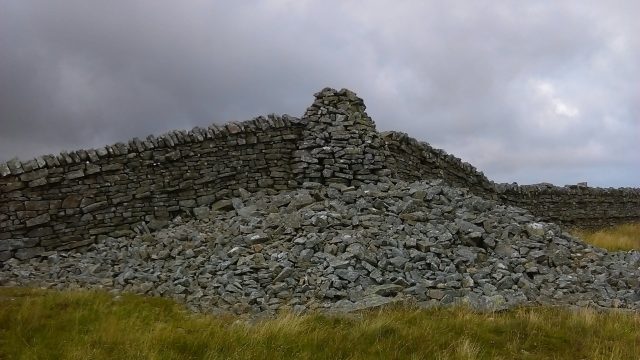 with Grey Nag at 658m, a mere 8m lower however with its magnificent cairn tends to dominate the area.  Between these two lies Tom Smith’s Stone 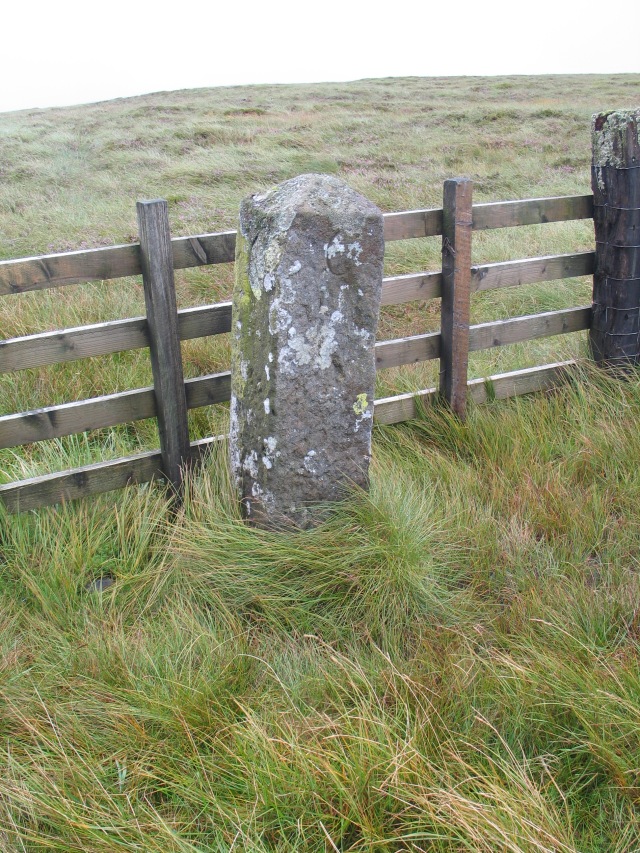 although the actual summit of this hill is a couple of hundred meters from the Stone!  The Stone would appear to be a boundary marker as it has the letters A, C, K & W carved on it, one on each of its four sides.  Presumably these correspond to Alston, Croglin, Knarsdale and Whitley.

At 12 miles the walk is definitely strenuous especially as the terrain is, in general, pathless moorland with innumerable peat bogs – possibly some of the boggiest terrain in the whole of the North Pennines.  However route finding is not a problem as for much of the walk a wall/fence is followed.  However as much of the walk is on Open Access land before undertaking the walk it is advisable to consult the general rules regarding walking on open access land:

and for any specific temporary restriction that may be in place consult:

and in the search box type Grey Nag for example.