Crossing Alston Moor and connecting Nenthead in the Nent valley to Garrigill in the South Tyne valley is a road with the unusual name, Fiddler Street, known locally as “Fiddlers”.  On both sides of this road are reminders of Alston Moor’s industrial past.  To the North are Benteyfield and Whitesike Mines and Greengill Hush.  To the South are Dowgang Hush and Mine.  This 7 mile circular walk visits all of these as well as the summits of Flinty Fell and Middle Fell.

As some of the walk is on Open Access Land, before undertaking the walk it is advisable to consult the general rules regarding walking on open access land:

and for any specific temporary restriction that may be in place consult:

and in the search box type Flinty Fell for example.

The walk commences at the parking area opposite Bentyfield Mine about 4 miles out of Alston on the B6277 Teesdale road (Grid Ref: NY 750 424).   There are three public footpaths from here.  We take the middle one going up through the Mine however before commencing the walk it is worth reading the information board situated in a small enclosure close to the road overlooking the mine path.  This is the first of three such information boards at the mine. 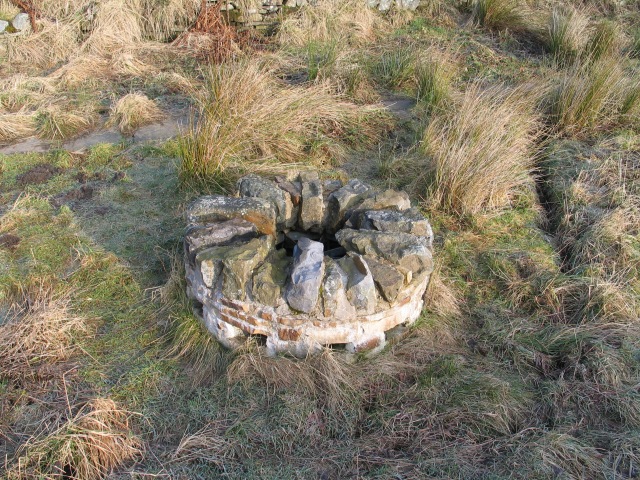 of the old ventilation shafts.  Take a look down but be careful as it is surprisingly deep.  A little way further along the path is the second of the information boards however the third is well hidden behind one of the ruined mine buildings (see below).  At this point the path 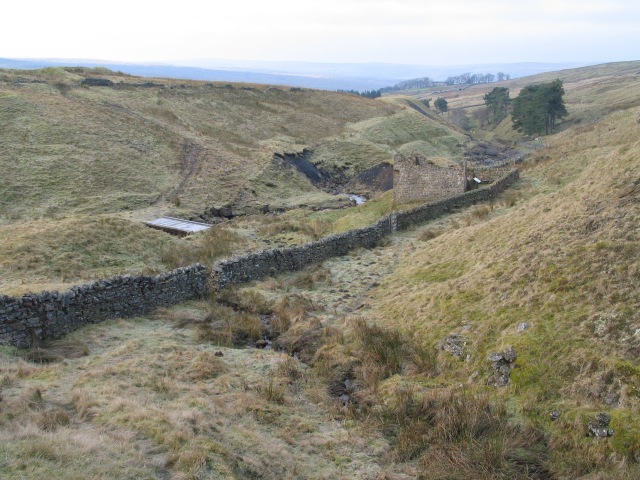 leaves Garrigill Burn, the stream you have been following, goes through a gate and heads up on to the open moorside.  There is a bit of a scramble up to a stile.  We will rejoin the public footpath later in the walk but we now bear left and head for the summit of Middle Fell.  The path, at times indistinct, is never far from the wall on the left so keep close to this.

After about a mile one comes to a small hillock (Grid Ref: NY 750 437).  This is the highest point on Middle Fell although ahead of you on the other side of the wall is the actual trig 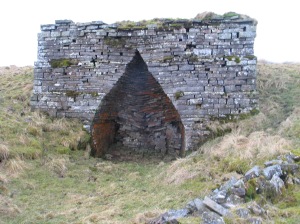 point.  To visit this you need to climb over the wall  which can be do either in the corner on your left but take great care as there is barbed wire or to the right of the barbed wire section roughly in the middle.  A short distance from the trig point, and worth a visit,  is a lime kiln with a rather unusual design.  Again take care as the structure looks unsafe.  From here return to the wall you climbed but this time at the northernmost corner and cross back.

Following the wall/fence for about a mile will bring you to a stile and the public footpath you left at the mine.  In places the route can be very boggy and it may be advantageous to cross over and walk along the other side of the wall/fence.  From the stile take the footpath and where it forks the left-hand path.  Shortly, ahead of you will be seen the man-made valley, Greengill Hush.  After briefly admiring this head across to the other footpath and follow it in to Nenthead, where various facilities are to be found.  These include shop, pub and public conveniences.  Also as this is a little over halfway it is a good place to stop for one’s packed lunch.

The second half of the walk starts with the second Hush, Dowgang.  As you walk up through the Hush you will see what is left of the information boards which once told the visitor about the Hush.  It is something of a scramble out of the Hush and up to the 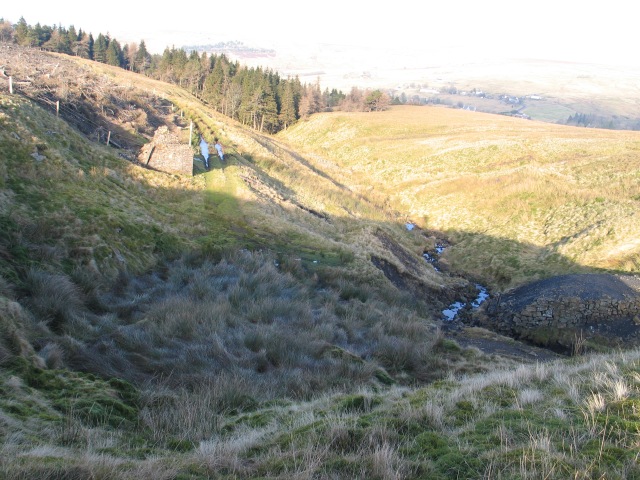 old mine road but from here it is a good path to the old mine.  Here however the path ends and it is over moorland to the summit of Flinty Fell, keeping close to the wall/fence on the right.  The spot height on the OS map is not the highest point but rather the small hillock 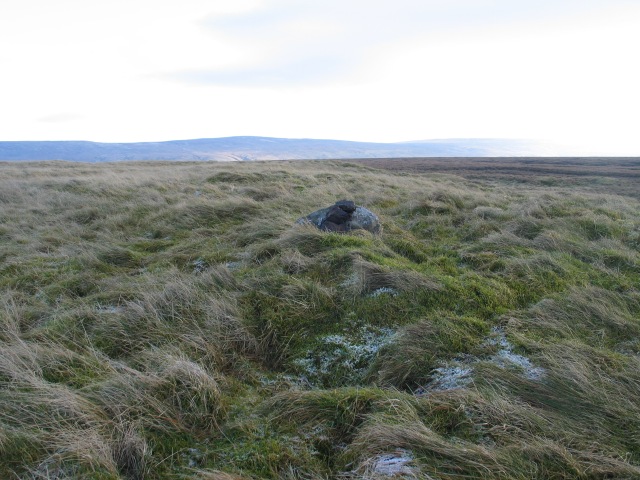 you will see ahead of you and slightly to your left, atop of which is a small cairn.  This is the highest point of the entire walk and at 614m above sea-level classifies as a Nuttall!  Looking North, beyond Nenthead one sees the Northumberland/Cumbria border stretching from Hard Rigg to The Dodd and then Three Counties Stone.  Running South from here and to our East is the Cumbria/Durham border over Knoutberry Hill, Dead Stones and Burnhope Seat with the Yad Moss ski tows.   The view Westward is dominated by Cross Fell.

From here it is downhill all the way back to the starting point.  However it is not all plain sailing as the path through the wood is the muddiest part of the entire walk!  The next section is down part of Fiddlers.  It is then over the fields to the car park.